The negotiations have finished, the contracts signed, and now this is happening: 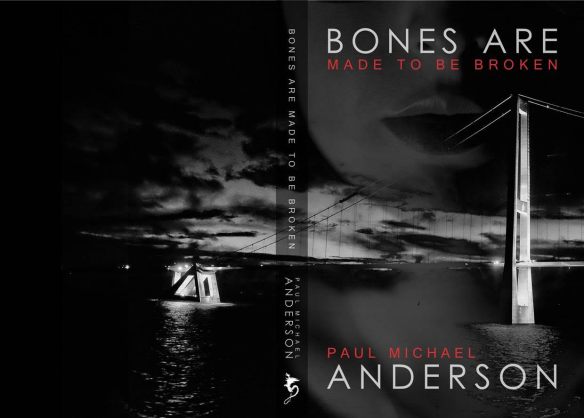 This is my first book, published by the awesome people of Written Backwards and Dark Regions Press.  Oh, let that soak in because, even though I’ve been in talks about this since November, even as–now–over 20% of my inbox is nothing but exchanges with Michael Bailey, it still feels ridiculous.  Ridiculous, I tell you.

Quick sidetrip: Months ago I posted on social media that the phrase “bones are made to be broken” would be a pretty spiffy title for a collection.  It was one of those thinking-aloud moments, genuinely, although I had been mulling the idea of doing a collection just because, as the band Fountains of Wayne said when they did their compilation Out of State Plates in 2005, these things had to be put somewhere.  I’ve had a lot of pieces published over the past five years, some unfortunately now out of print (like the novelette “Survivor’s Debt”, which I loved), and I kinda wanted them to go somewhere, together, beyond my ego-shelf.

Flash forward to October and Pat R. Steiner, who created the cover image for this website, posted this to his Facebook profile: 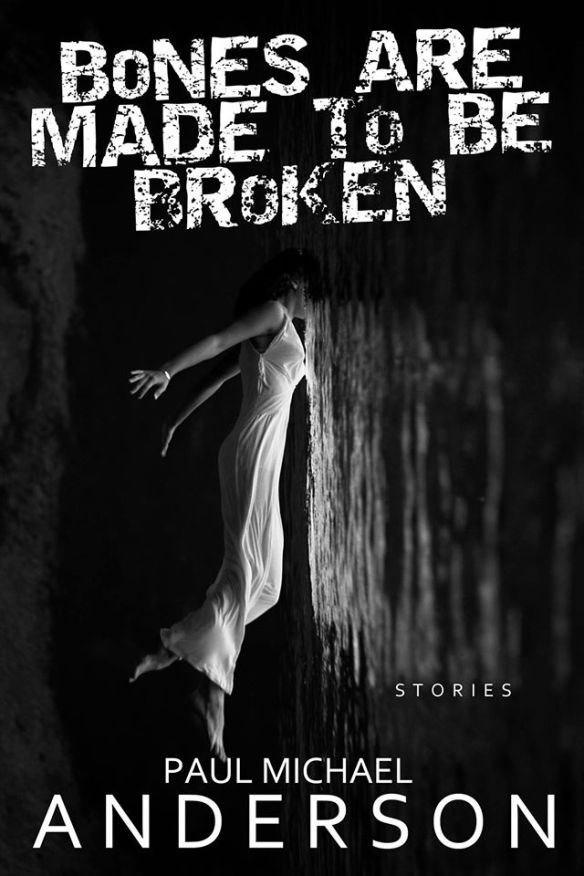 And then this happened:

And then, out of the public eye, it, like, got serious.  What stories I had, could Michael see what would be my list…We talked covers and both agreed Pat should do it, since he was the impetus, but the cover posted was a little too close to this recent novel…

…which was inspired by this piece…

…which should look familiar, if you rotate it clockwise.

And then we talked contracts and this thing that started as an offhand remark was suddenly going to be a physical thing–a hardcover, even–and, still, it all feels so bizarre to me.

Here’s what Michael said, in part, over at the Written Backwards blog:

…Later this year, Written Backwards will release its first fiction collection, Bones are Made to be Broken, by Paul Michael Anderson. Paul’s work fits perfectly within the Written Backwards mold. In fact, he’s made an appearance in a few of my projects. His story “In the Nothing-Space, I Am What You Made Me” appeared in Qualia Nous, the also-long-titled “The Agonizing Guilt of Relief (Last Days of a Ready-Made Victim)” will soon appear in the aforementioned Chiral Mad 3, and his most recent story, “The Universe is Dying,” will appear in the science fiction anthology I’m working on for Dark Regions Press called You, Human (I plan to announce this officially within the next few days).

Bones are Made to be Broken will be released in trade paperback, eBook, and 26-lettered limited edition hardback with an expected fall release date.

Bones Are Made to be Broken will be a collection of short stories, with three new works (including the title story, which I’m writing at this moment).  It won’t have everything I’ve published over the past 5 years–good Christ, no–but it will be the cream of the crop, the pieces I think are, if anyone were to ever go, “Hey, what’s that Paul Michael Anderson dude write like?”, would be the best examples.

This is the beginning.  There are a lot of things to do before fall (not the least of which is finish the title story).  Names and ideas are being thrown at me and my head spins with “Can we do that?  Can we get them?”.  This is good.  Hopefully, when it all comes out, you’ll be interested in letting me jabber in your head for a bit.

Since Michael already noted it in the blog, I think I can also mention this, as well: 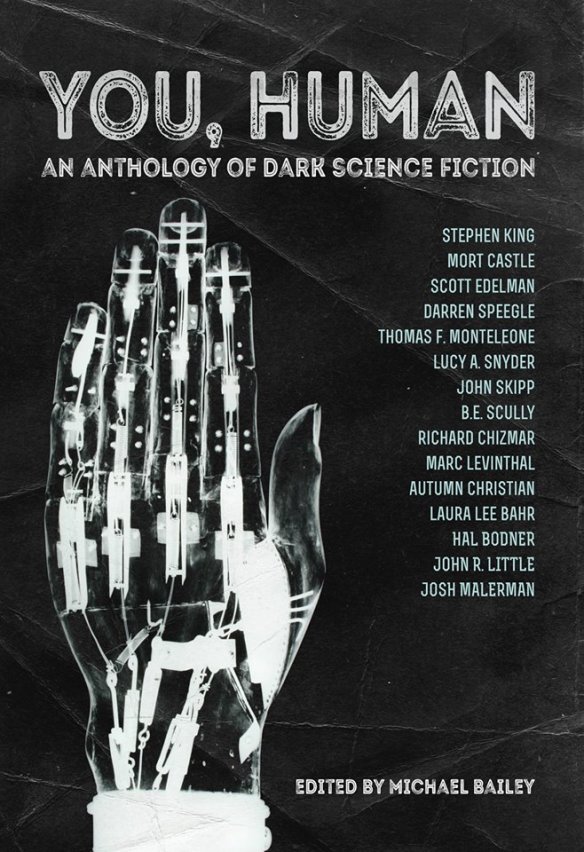 My story “The Universe Is Dying” – which fits into a totally unintended triptych of mourning work that includes “The Agonizing Guilt of Relief (Last Days of a Ready-Made)” in the upcoming Chiral Mad 3 and “All That You Leave Behind” in the upcoming Lost Signals (which you can pre-order here)–will be appearing in the anthology You, Human.  I showed Michael the story as a backpocket-kinda-deal; I knew he already had tons of good stuff and figured I’d send this in to show him I at least tried, not thinking it’d actually get in (not based on the names and work he’s already included), and then he ups and buy the damn thing.

Not that I’m complaining.

Jesus, this might be a pretty decent year, after all.   Six stories locked, cocked, and ready to rock, a short story collection, and I have my novel–a cheerful thing called Bitter–out to market to a few places.  Yes.  A decent year.  And my head is still spinning at how ridiculous it is.

I’m having a goddamned BOOK published, though!

2 thoughts on “I’m Going to Publish a Book (and I Couldn’t Think of a Snarky Title, For Once)”