Over on Facebook, that On This Day thingie, for the past few days, has been all about the signing of the contracts and the announcement of Bones Are Made to be Broken, at that point to be released…at some point in 2016 (it wound up coming out on November 29th, barely two months ago, but it seems way longer to me).  Michael Bailey, with illustrator Pat R. Steiner, had been discussing this, that, and the other thing since October of 2015, but nothing was going to go public until everyone had signed their names on some dotted lines.

In the year since, the manuscript was built up, torn down, rearranged.  Pat did about a billion illustrations–almost two dozen or so for the cover alone, and some of them were goddamned awesome (so awesome that we used one for the TPB and eBook and another for the upcoming hardcover).  Michael and I finagled the layout and the wording and, over the summer, who might have time to read the book for a possible blurb, a list that resembled a Holy Grail of first-rate horror writers, with a result that was so close to the blue-sky prospects that they’re almost one and the same.

I wrote two versions of the title novella Bones Are Made to be Broken–one a novel-length version that was good but didn’t turn the screws.  I scrapped it, kept the structure in my head, and rewrote from scratch, never looking at the original version, adding scenes, and bringing the story home, for good, with room to spare in novella territory.  In the midst of all this, Justin Pierre, frontman of the unfortunately-defunct band Motion City Soundtrack, allowed me to use the chorus of a song he’d done by himself as the epigraph by the novella.

And then the book got wrapped up in Dark Region Press’s successful campaign for some Lovecraftian anthologies and pushed back until November, and Michael and I, working with DRP’s media guru, began sending out ARCs to reviewers.

And then reviews started coming in, and then book came out, and more reviews werwe coming in and, goddammit, everything was looking better than I could’ve hoped.  The reviews themselves were ridiculous, if only because people liked it way more than I had hopes for, landing on two best-of lists with barely a fuss (books that come out late in the year are notoriously ignored, if only because of the sheer volume of books that came out earlier in the year).

Now, it’s a year-in.  The book seems to be doing well (but in the murky world of who counts what sales, it’s hard to get a total day-to-day number and have your royalty statements to go on). We’re entering awards season–example: the recommendations for the Horror Writers Association Bram Stoker Awards closed just two days ago–and my editor is feeling optimistic.  I’m not, but I’m naturally a pessimist.  Also, can I be honest?  Awards are nice, but awards aren’t the beginning nor the end of writing and publishing, so I tend to see them as interesting roadside attractions, minor distractions on your way to your destination (which is, of course, the next book).  I will say I don’t turn up my nose at awards, nor hold them as the be-all and end-all of fandom.  However, the stones that Shirley Jackson Award nominees get are fucking awesome.

The plates for the hardcover edition are being made as we speak.  Dear Christ, I just wrote that and it’s true.

But, with all that said, I thought it might be nice to, loudly and publicly, thank everyone who helped me get to this point.  Writing is lonely, but publishing isn’t, and no one does it alone, so, indulge me.

I’m taking this from the acknowledgements page of the book, but, because it was written over the summer, I have to add an addendum to it to include the legions of people who came after:

Thanks to Michael Bailey for being the capable steward of this ship.  Dude does so much shit, and so well, that we all kinda hate him a little bit, even as we cheer him on.  Still, he has placed himself beside me and that’s the place I want him most.

Thanks to Chris Morey and everyone at Dark Regions.

Thanks to Pat R. Steiner, for fucking around with public domain photos one day.

Thanks to the various editors who liked these stories, showed them to their readers.  Big ups to Max Booth III and Lori Michelle at Perpetual Motion Machine Publishing, as well as Anthony Rivera and Sharon Lawson at Grey Matter Press.  Often vilified, small press is made better by having these guys around.

Thanks to Damien Angelica Walters, writer and friend, for going to bat and writing a foreword to this book, even if she told me she’d never written one before.  I wasn’t worried.  A stellar storyteller in her own right—seriously, go pick up Paper Tigers and Sing Me Your Scars right now; you won’t regret it and this isn’t bullshit—she’s also a trusted beta-reader who knows when to call it, and how.  I don’t always listen to her advice, but when I don’t, I usually rue the day.

Thanks to two other beta-readers, Kristi DeMeester and Erinn Kemper.  They consistently challenge me to do better, both through their comments on my stories and their own writing.  I have more beta-readers, a whole battalion of them it sometimes seems, and these stories wouldn’t be any good without them.

Huge thanks to Justin Pierre for the permission to use a part of his song “Everything That Hurts” as the epigraph to “Bones”.  I began the second draft of that story with the chorus at the top of the page, as a guide, even as I told myself I’d have to take it out as the book marched towards publication.  To not have to, to be able to both share a good song and a bit of inspiration for the story, was more than I could ask for.  Thanks, Justin.  If the epigraph or me talking about the song piqued your interest, go to justincourtnerpierre.bandcamp.com.

Thanks to Joe Hill, for 20th Century Ghosts and “Pop Art”.  Thanks to Harlan Ellison for Shatterday and “All the Lies That Are My Life”.

Thanks to my wife, to whom this book is dedicated.  She hitched her wagon to my train sixteen years ago and, nine years ago, soldered the two ends on, making them inseparable.  She has been more than patient over the years, when I’ve had my head glued to a computer screen and earbuds jammed into my skull…but she’s never hesitated to tell me to get back in the game when I’m away for too long, that I’m missing that thing I’m supposed to be writing about: life.

And, finally, it’s cliché as fuck to thank the reader, but, really, thanks.

To the writers who agreed to take a look at a book by a guy they kinda knew and liked it enough to say something, thank you: Jack Ketchum, Jonathan Maberry, Stephanie M. Wytovich, Marge Simon, Richard Thomas, Craig DiLouie, Mercedes Yardley, Gene O’Neill (as well as Kristi DeMeester and Erinn Kemper).

Thanks to Cyrus Wraith Walker, who does design work for DRP (sorry for the late-night messages!) and Caitlin Waite, who handles media for DRP.  These two are awesome.

And this one is cheesy as fuck, but thanks to the people who’ve messaged me about the book, or tagged me in photos of you with the book.  I hope you liked it (also, it’s nice to see the book out in the world).

Next is getting the hardcover ready to go for publication and the thing is massive and I can’t wait to show it off.

And then?  More writing.  Remember – this is just a roadside attraction, a minor distraction before the final destination: the next story, the next book.

You can pick up Bones are Made to be Broken here. 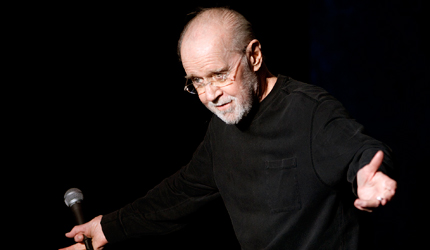