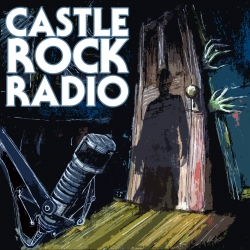 I was a shit for not posting this earlier, but Max Booth III & Lori Michelle, the hosts of Castle Rock Radio: A Stephen King Podcast (and the runners of Perpetual Motion Machine Publishing, who sometimes like me) invited me on to talk about one of the “lost” Stephen King stories, a vignette called “Squad D”.

I wound up not promoting the thing when it dropped not because it was a bad interview or a poor time for all involved, but we wound up talking about writer Harlan Ellison a fair amount because “Squad D” had been written for, and rejected from, the legendarily unpublished Last Dangerous Visions.  I had worked with Harlan on a few things and so Max and Lori brought me into discuss the story and Harlan.

And then Harlan died.  Like that day.  I had to take some time to unpack my thoughts on this man who…

…whatever.  I’ve got my thoughts in a well-enough order, but I’m not going to put them here.

If you want a good anthology, pre-order Lost Films here.  (I’m not in it, but was in the first entry of the “Lost” series, Lost Signals.  In spite of this, I’d be willing to put my own cred on the line and say Lost Films is a strong goddamned book.)