My expression, at all celebrations.  Also, John Cusack, my spirit animal

I vacuumed my living room floor when the ball dropped.  I don’t think I’ve actually watched the ball drop since Y2K, if I’m being fully honest; nothing against those who do, but I really don’t need to be watching any program covering the event that professes itself to be “rockin'”.  Also, Dick Clark and, now, Ryan Seacrest.

(Yes, I know.  There are other programs, but those programs involve Anderson Cooper and Kathy Griffith, two personalities that always remind me of that one Simpson Treehouse of Horror where Bart and Homer discover they are on a rocket ship full of D-list celebrities barreling for the sun.  Hell would be if that ship stalled out and just…drifted.)

Anyway, 2015 was kinda…quiet.  A lot of behind-the scenes stuff that will, in the new year, begin to bear fruit.  I had two pieces of fiction published: 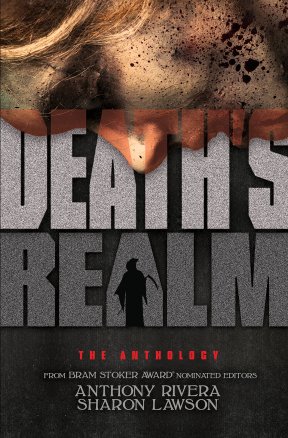 “To Touch the Dead” came out first, in Death’s Realm, published by Grey Matter Press and edited by Anthony Rivera & Sharon Lawson.  It’s a weird science-fiction-horror-fantasy bit, inspired by my first novel, a fun-loving thing called Bitter.  The second piece, “Crawling Back to You”, appeared in Savage Beasts, again published by Grey Matter Press and again edited–superbly–by Rivera and Lawson.  That one was a more straightforward story about vampires, splatterpunk, the 1980s, and Tom Petty.  No, you figure it out.

It was a quiet fiction year, but I couldn’t be happier with the results.  Grey Matter Press is a house I’m proud to be a part of, and Anthony and Sharon are two wonderful, professional people.  That’s not bullshit because they bought my stories–the checks were cashed long ago–because, as it’s fairly well-known, I will call you on your shit (loudly and publicly, if so pushed) if you’re fucking off and screwing me over (if everything’s above the board, I’m a babe, but if something’s off, you tend to hear about it).  Lawson and Rivera are not fucking off and it’s been fun watching their house grow.  They’re getting into novels, by the way.  Mister White, by John Foster, will be out in the spring.

Two firsts, with this cover: It’s not Jacob Haddon’s name in the corner, and there’s a figure in the image.

In editing, I jumped back into the saddle after the less-than-stellar ending to Jamais Vu to guest-edit the fall issue of LampLight, published by Apokrupha and edited, up until that point, by Jacob Haddon.  That was fun, probably the most fun I’ve had editing since my first anthology, Torn Realities.  I got to work with old friends, meet new ones, and read fucking reams of fiction.  The resulting issue was a thing of beauty.  I know everyone reads digitally now, and you’re less-than-inclined to believe the guy who had in creating the product, but the physical digest was a beautiful piece of work.  Jacob Haddon is the goddamned man.  I hear he’ll be having other guest editors step in, and it’s something to keep a weather-eye on.

Anyway, yeah–slow year, probably the slowest since 2010.  Everything I wrote and submitted–not much; editing takes up all your time and mental energy (would-be writer/editors take note)–will be showing up next year, or is in consideration for next year, or is due for next year (including a Lovecraftian period piece that I love but apparently doesn’t love my wordcount and wants to trounce it).  Still, I made contacts and friendships with agents and publishers, networked with writers (it was this year that I didn’t miss Duotrope or The Grinder at all).  I have a novel out to market, stories out to market, messages to people, and party hats for everyone.  Oh, and Michael Bailey called me out–but in a good way. 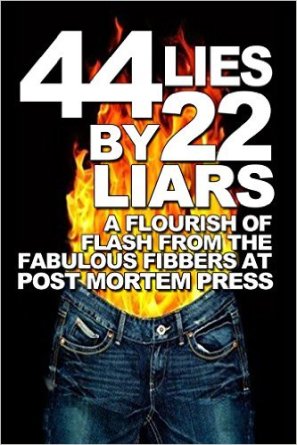 In January, one of my few forays into flash fiction will be appearing in the long-gestating 44 Lies by 22 Liars, put out by Post Mortem Press: “Lead into Gold” and “Passive.”  (Seriously, the only other flash from me appears on The Wicked Library.)

Around that time, Chiral Mad 3 will be unleashed, with a story  by me (“The Agonizing Guilt of Relief (Last Days of a Ready-Made Victim)”), Stephen King, Damien Angelica Walters, Mercedes Yardley, Richard Thomas, Max Booth III, and oodles more I’m forgetting because it’s ridiculously late.  Glenn Chadbourne illustrated everything and it’s goddamned beautiful.

Mid-2016 will see Lost Signals showing up, which will have my story “All That You Leave Behind”, which makes everyone cry for some reason.

I break my streak of selling long-titled stories to only Michael Bailey by having my weird call-out to the movies of my youth, “How I Became a Cryptid Straight Out of a 1980s Horror Movie”, appear in an issue of the legendary Space & Time.  The issue’s to be determined, but that story’s probably the most “fun” because it’s so goddamned ludicrous right up until the very end, when it goes for the throat (I think it does, anyway).

I’ll also have some essays appeared on, eventually (whenever Richard Chizmar gets to those books), Stephen King Revisited

In the oven are three short stories (one still being written, whoops), the aforementioned novel, and my super-duper-secret-project I can’t tell anyone yet because contracts haven’t changed hands as of yet.