It’s not a terribly big surprise that my daughter, four years old, likes weird films.  This is a kid that, when she was an infant, would watch Beetlejuice with me (she really liked the music). 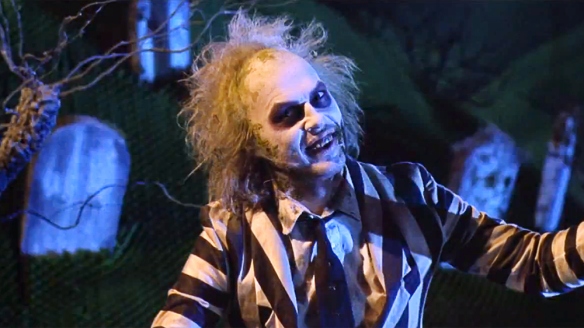 Plus, Michael Keaton was the balls. (Warner Bros.)

Moreover, she would crawl through the laundry I was folding while watching Dawn of the Dead (the original, because I like the one with a plot), or Red State.  My point–given the films I didn’t hesitate to play, or the Romero paraphernalia I had in our apartment at the time, or the plush Cthulhu I let the bug play with, she’s not a foreigner when it comes to the darker things.  Hell, her favorite films are Coraline, The Box Trolls, and The Nightmare Before Christmas–movies that the neighbor kids haven’t seen and, when shown glimpses, get scared of. 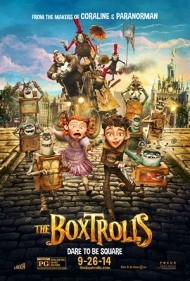 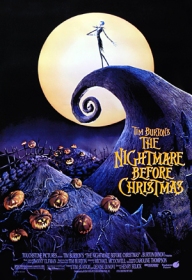 Before you holler, “Parenting fail!”, she does like the typical toddler things–Sofia the First, Doc McStuffins, The Lego Movie, and if I have to sit through another Disney sequel (Mulan 16!)…–but this is a kid who thinks zombies are funny, particularly the ones in Zombieland.

So, the other day, the family was taking turns cruising Netflix.  The bug had been commandeering the controller and the programming, so I took the helm, and–chagrined at how the Netflix algorithms filled our menu with either gay documentaries, Asian action films, or the aforementioned Disney sequels (who knew there were so many Lilo & Stitch films), I found something from my childhood that I’d loved (along with Rambo, Ghost Busters, Ferris Bueller’s Day Off, and Stand by Me):

I figured this was a no-brainer–the plot was simple, the protagonist  child-like, the pictures–before Burton became an embarrassing parody of goth, not to mention a self-cannibalizer–bright and colorful and eyecatching.

And the bug was absolutely terrified of it.  Because of course she was.  She kept coming back to the nightmare Pee Wee has, about midway through the movie.

Now, to be fair, the bug made no hint that the movie had terrified her during the showing–she sat, rapt, on the edge of the couch, her Bear-Bear in its accustomed spot (crushed between her arms).  It was only afterwards, while getting ready for bed, while reading her her nighttime stories, that she kept coming back to the movie, kept coming back to Pee Wee’s dream.  She found it horrifying to dream about something you loved being taken apart by doctors…or eaten by a dinosaur…or set on fire.

Now, remember, this is a kid who loves a film where a giant needle-spider wants to kidnap a girl forever and ever.  Still, she finds this terrifying…

(P.S. – the next day, the bug asked to watch “the bike movie” again.  Because of course she did.)