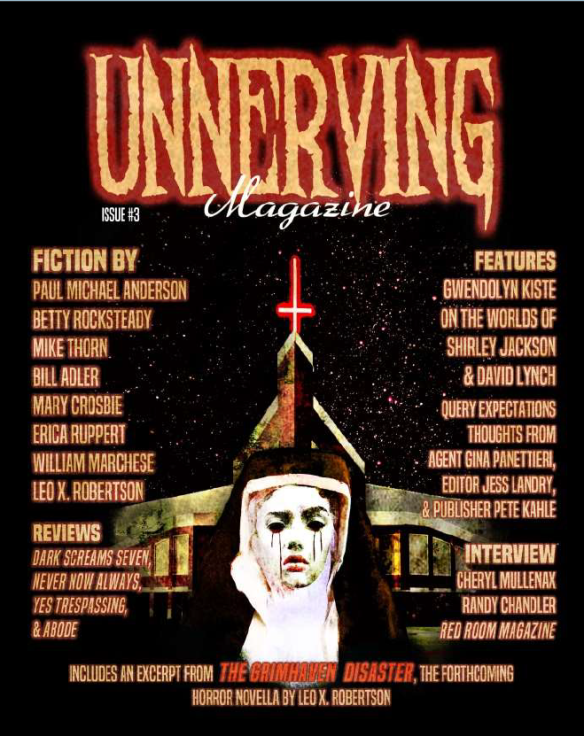 The third issue of Unnerving Magazine is out and, oh, would you look at that?  I’m in it.  The editor, Eddie Generous, e-mailed me earlier this year and asked if I had anything.  I didn’t, not then–I was working on a solicited piece for something else, then collaborating on another sorta-semi solicited piece–but I had a nugget of an idea, based around two images:

I played with the idea, built parts of it around the fact that I have a daughter–something I never in my life thought I’d have (up until my wife discovered she was pregnant, we always kinda figured we’d just own dogs and by aunts and uncles to our friends’ kids)–and out popped “The One Thing I Wished for You”, which tries to answer the question of “What if you could ensure your child never felt any kind of pain ever by taking the pain on yourself?”

It wasn’t an easy story and both the montage scene and the second-to-last scene were fairly hard for me to write–again, I’m a parent–but I liked the anxious ambiguity of the ending.   It’s a little darker in tone than an older story of mine called “All That You Leave Behind”–another parenting story, originally published in Lost Signals and now the closer to Bones Are Made to be Broken—but that’s okay; parenting is great, I could not imagine now not being a father, but parenting also kinda sucks because it [can be] a continuing montage of you watching from the sidelines as your kid gets kicked through life for no other reason than life kicks you around.

The story seems to be well-received, judging from some of the comments, I’ve gotten:

(That one means a lot, given that I’m a big fan of James‘s work and contributed to the charity anthology Widowmakers when Mother Nature–and a big-ass fucking tree–tried taking James out a few years back.)

So, that’s nice.  I hope others enjoy it, too (and, hey, get interested enough to go check out Bones–I’m not gonna lie and say I’m not hoping they go pick it up on Kindle, or something). 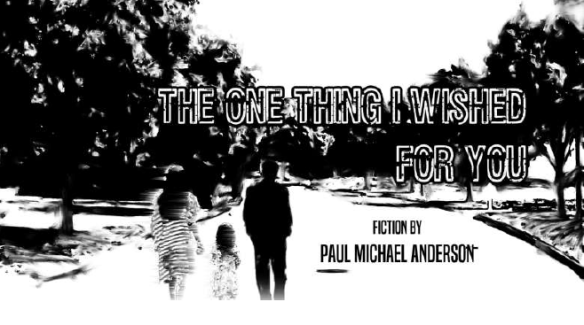 Oh, and the one thing I wished for you is…to be safe.

Again, you can pick up the new issue of Unnerving, which also has fiction by Betty Rocksteady and nonfiction from Gwendolyn Kiste (whose collection And Her Smile Will Untether the Universe is getting great word of mouth and I’m excited to read it).