Instead of writing tonight–I, uh, have deadlines staring at me–I chose to hang out with my wife and watch Primary Colors for the first time in a few years.  I just reread the book–a shiny hardcover I picked up at a thrift store, recently–and I love it so very much, if only for its odd balance of optimism and cynicism.

“This is the price you pay to lead.”

Not coincidentally, this was watched the day after Hillary Clinton was nominated as the Democratic candidate for President.  This is a historical election; the first woman nominee of a major political party (oh, and fuck off with the, “But there were women who were nominees for third parties…” stuff), as well–on the Republican side–the first sentient Internet Comment Wall.  Historical stuff, indeed.

On the personal front…well, lemme just paste a snip from my private Facebook page; it’ll say it more concisely than I will at 1:37 in the goddamned morning: 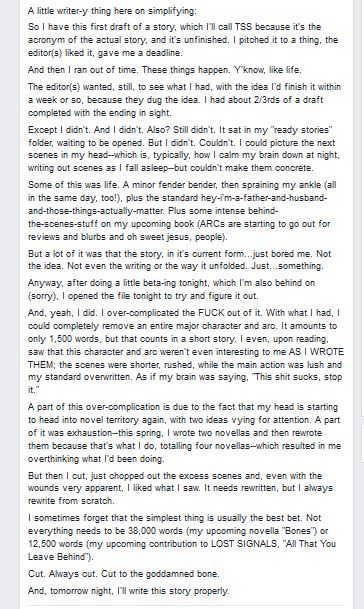 So…that’s what I’ve been doing, writing-wise.  For the past few weeks, bupkis.  It’s bugging me, but I also have the thinking patterns right now of a sleeping tree sloth, so there’s that.  I have three stories at various points–including the one mentioned above–of progress, and wanna write at least one more before I become Teacher Man for another school year.

On the Bones Are Made to be Broken front, my editor, Michael Bailey, is going like a house a-fire, and we’re in heavy prep and setup now.  I feel like Cheeto Jesus himself by saying there’s so much awesome coming, but not telling you what the awesome is, but it’s true.  Here’s what I will/can say:

I might be able to say more, might not, but it’s late.  More to come on that one.

Finally, though, there’s this: 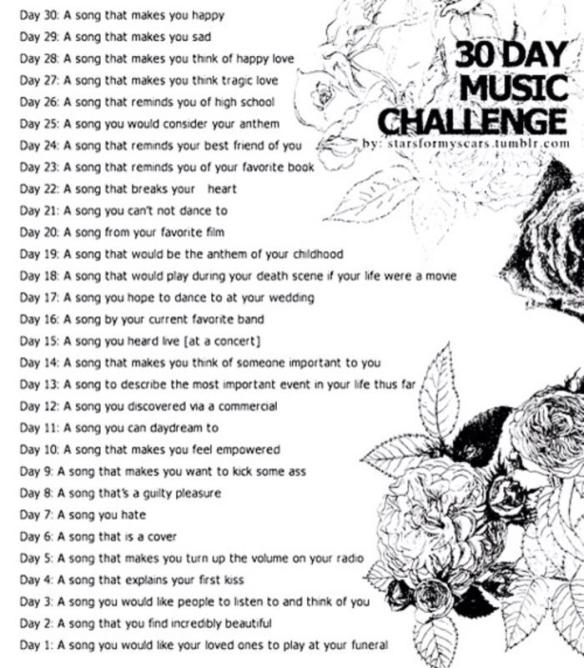 I’m a music hound; not as much of a voracious listener as I was in my teens and twenties, but I still find new bands to love.  Anyway, I saw this thing and thought, “What the fuck.”

Here’s Day 1: A Song You Would Like Your Loved Ones to Play at Your Funeral –

This song can make me cry (problematic when driving, which is–when I’m not writing–where I do the most music-listenin’).  It’s told from the perspective of someone dying, if that’s not completely obvious from the lyrics themselves.  These are the things, particularly the chorus, that I would want to say to my loved ones when I die, which I’ve decided will be November 21, 2063, the 56th wedding anniversary to my wife.  I’d be 80.  That’s a good run, right?